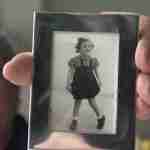 The Mirror and the Window in première op IDFA ’21

An intimate portrait of two people in the last phase of their lives, both searching for meaning and the purpose of existence.

Two people in two different places in the world ask filmmaker Diego Gutiérrez to film them; his best friend and his mother. They both know they don’t have long to live. While talking, both try to understand themselves; the reasons, the purpose and the trail of their path through this world.

The proximity of their impending end triggers a journey. By listening to his friend and his mother, by mirroring them and participating in that journey, the filmmaker tries to get close to something. To that which cannot be explained. Why are we here? Is it worth it? Is it enough? The Mirror and the Window is an expedition, an expulsion and an incantation in preparation for the great leap into the void, in an attempt to understand what life is about.