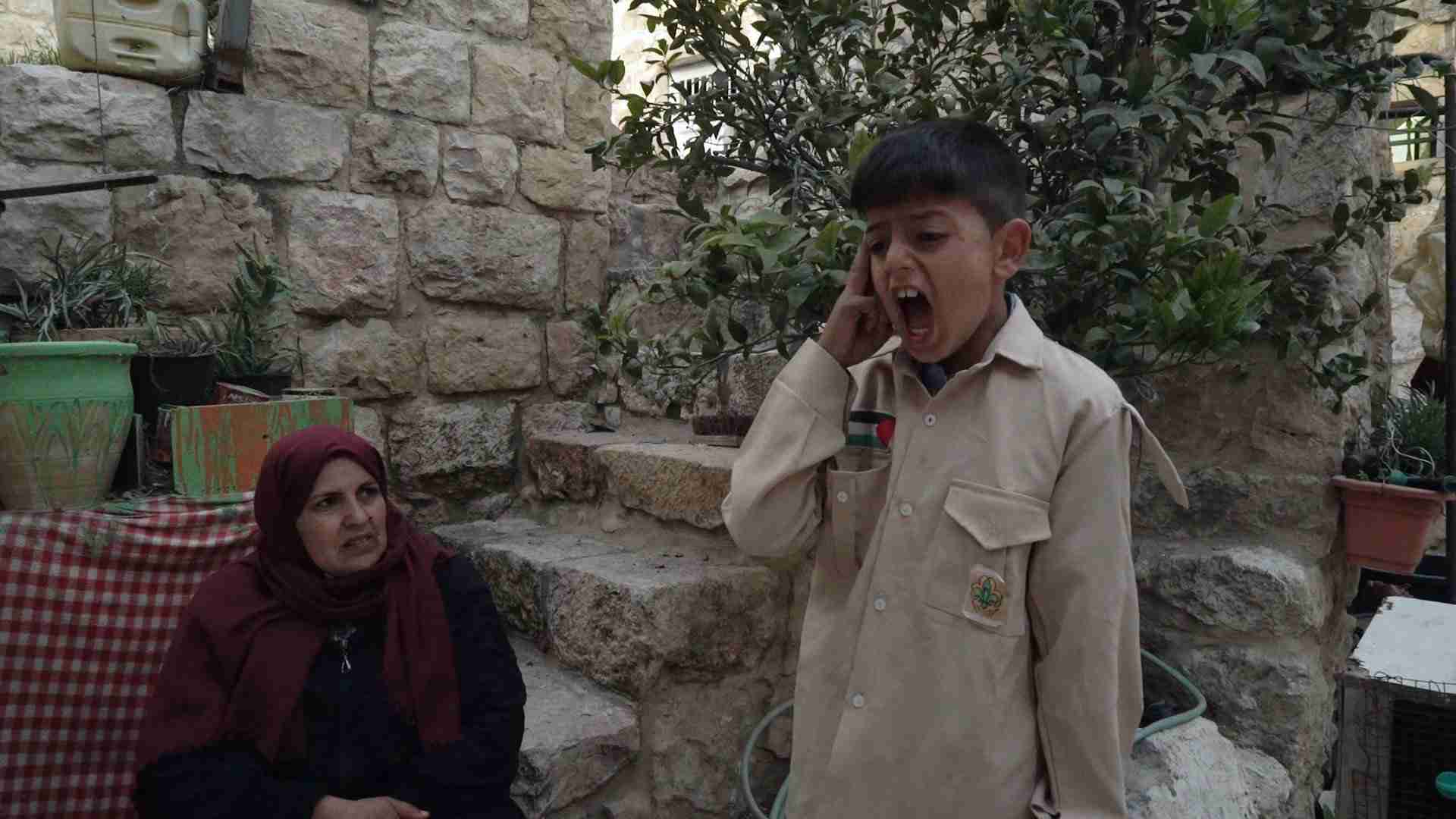 Brothers Amer & Anas simply love pigeons and spend days catching them on their roof in the Palestinian old city of Hebron. The birds fly freely, but the brothers are continuously watched by Israeli settlers and soldiers from the rooftop posts. The more thoughtful Marwaan lives on a street opposite a large Israeli settlement. To get home he daily faces soldiers at checkpoints. Marwaan resists human right violations in his neighborhood by filming the conflicts. Can the boys stay out of trouble? A coming of age film depicting these boys’ challenges and hopes during five years of filming in Hebron.

Filmed during 5 years ‘Skies Above Hebron’ documents three Palestinian boys, Amer (16), Anas (12) and Marwaan (16) growing up in the ancient city center of this West bank city. Hebron is the only major Palestinian city with a growing Jewish settlement built in its heart. Here 800 settlers live amongst Israeli soldiers who ‘protect’ them from 200.000 Palestinians. In Hebron’s old city Israeli military law is imposed. Palestinian police are banned, and armed checkpoints obstruct Palestinian traffic.

How do Amer, Anas and Marwaan cope with blocked off streets, abandoned houses, barricaded shops and confrontations with settlers’ eager to move into their houses? How is it to grow up in a place where you’re continuously watched over by soldiers and settlers, knowing that at any moment the army can arrest you? How do they deal with stressed and traumatized parents who are sometimes radicalized themselves?

Anas and Amer live window to window with settlers in their ancient family house in the heart of the old city. Two armed soldier posts on their rooftop protect the settlers opposite them. The brothers simply love pigeons, and spend most days on their roof catching the unsuspecting birds, breeding and flying them – and avoiding school. The birds fly high as Israeli settlers and soldiers watch the brothers. When the boys are rowdy the settlers accuse them of throwing stones. Despite the constant fear of being arrested by the army, Anas and Amer passionately persevere with breeding pigeons on their own rooftop.

Marwaan lives opposite a large Israeli settlement in one of the last remaining inhabited Palestinian houses on Shehuda street. To get home or go to school he must daily face soldiers and pass on foot through armed checkpoints. Marwaan carefully documents goings on his street, by filming demonstrations or acts of violence. He worships his activist father, and follows his every word. Placed on the frontline of demonstrations since he was a baby, so far Marwaan has managed to keep a level head and stay out of trouble, but recently he’s discovered there is much more to life than just the conflict.

In 2012 Esther Hertog and Paul King premiered the internationally awarded film ‘Soldier on the Roof’ – documenting the daily lives of Israeli settlers and soldiers inside Hebron’s settlement. In ‘Skies Above Hebron’ Hertog-King take their cameras to the Palestinian side of the checkpoints – where from 2013 till March 2020 they filmed on and off in Hebron. Over a period of five years the filmmakers lived within the boys’ families and documented them growing up. 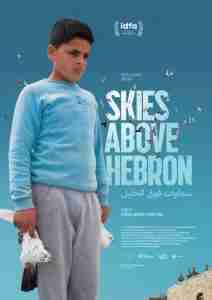 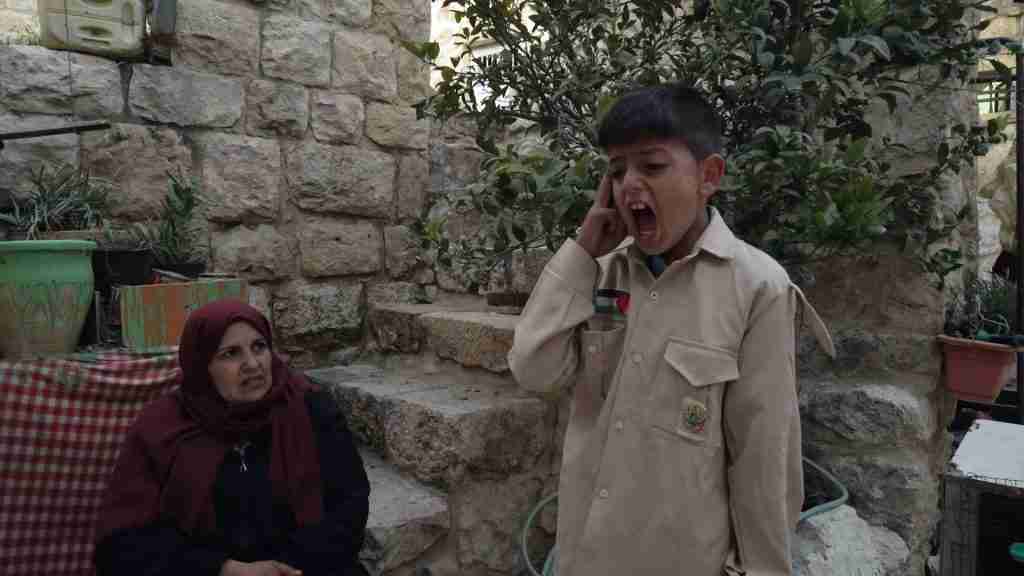 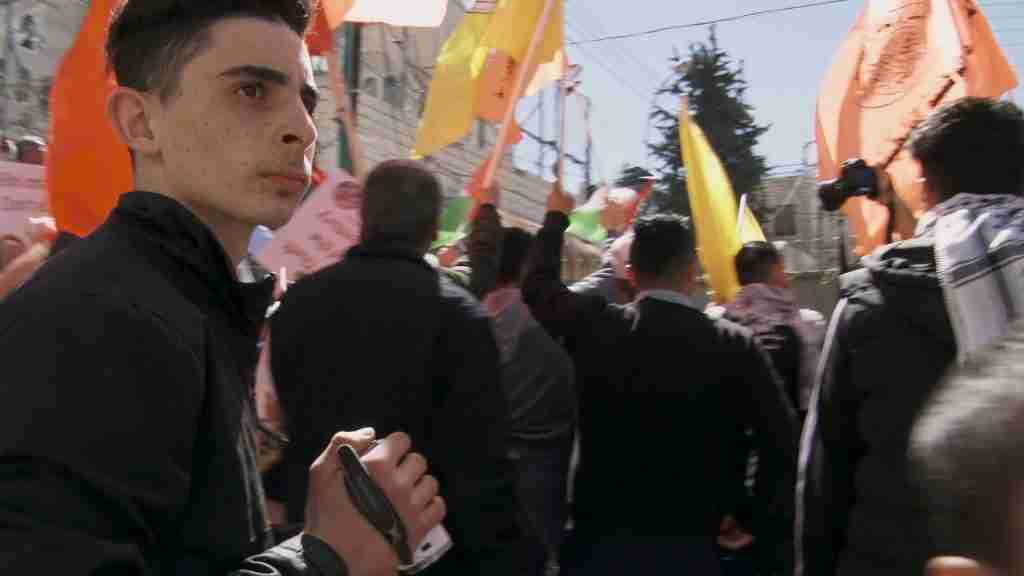 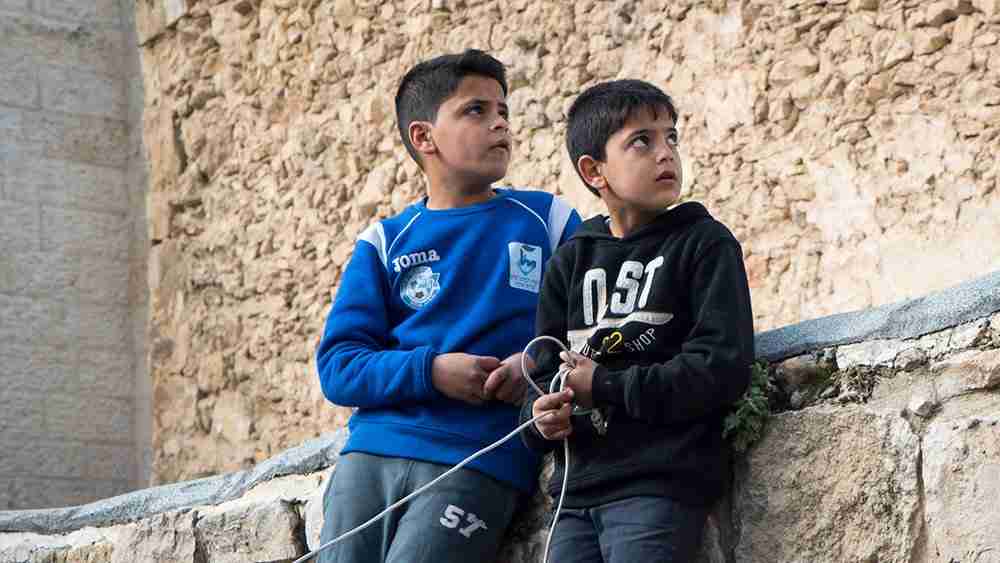 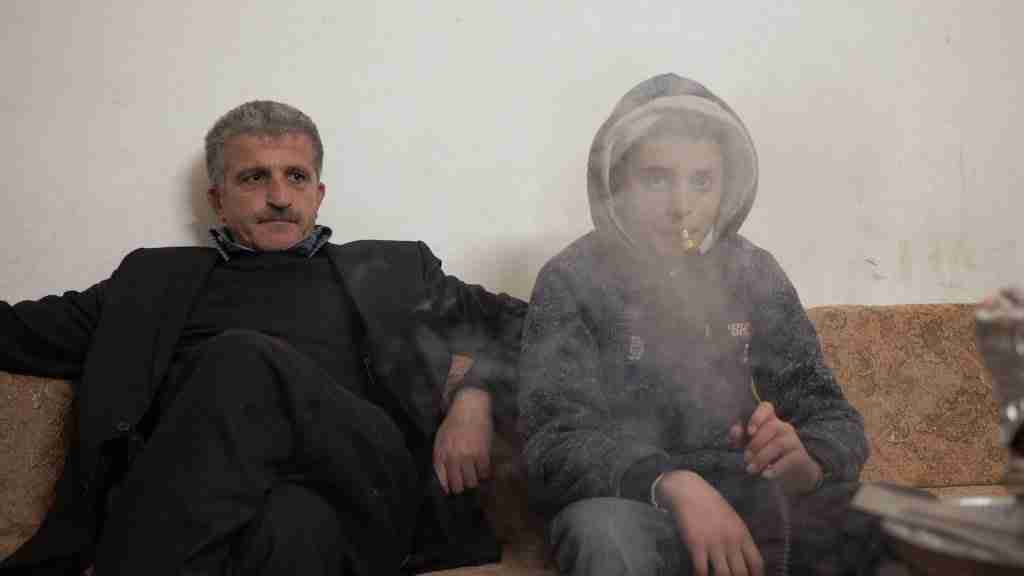 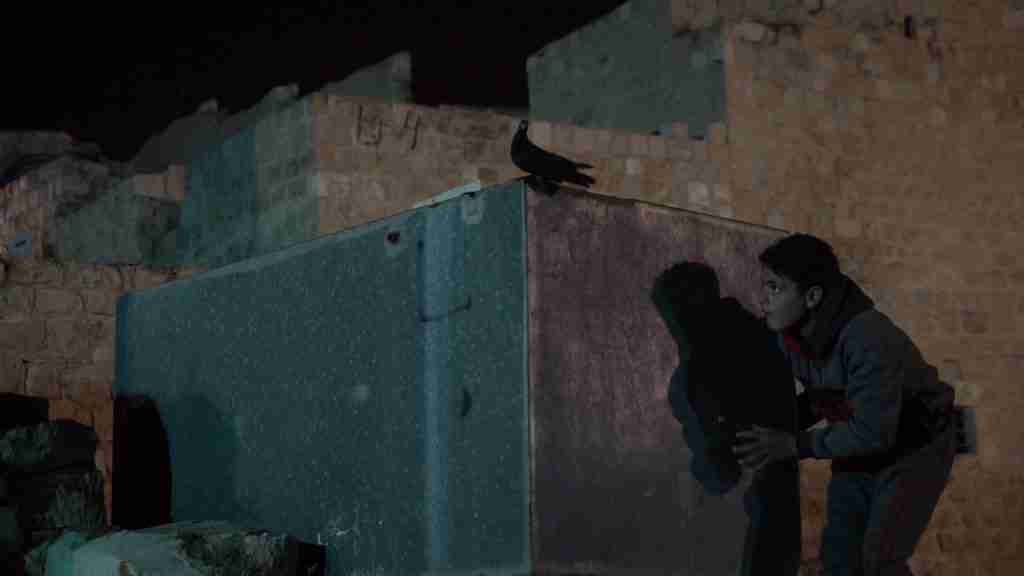